Dash Construction Solutions stand by their promise to deliver high-quality and reliable trades and labour staff. They believe in sourcing the best tradies and labourers to provide their clients the leading results, because they know and value the importance of having the right people on-site. Director, David Rolleston, has over 20 years’ experience in the recruitment industry with blue-chip agencies building labour hire solutions, before starting Dash Construction Solutions with 3 other Partners in 2018.

When Dash Construction Solutions was started, David was determined to make all the necessary investments in location, staff and software from the outset, and set the business up for success.

David has a strong five-year vision of what Dash Construction Solutions can achieve, with double-digit staff in Melbourne and a fully operational office in Sydney, as well as expanding on their recently launched permanent staffing division.

“The first thing we sought was to hire the best, experienced recruiters who are like-minded, work well together, are loyal and are incentivized to make good money” said David. “As a manager, we know we are not the be-all-and-end-all. We want to surround ourselves with the best people.”

“We want scalability of revenue where we can have three to five times as many contractors and won’t need a payroll team that is three to four times bigger than what we’ve currently got."

The Need for End-to-End Software

Not only did David want the best team at Dash, but he also wanted to give his staff the best tools they needed to be successful, and ultimately drive the growth and scalability he knows the business can achieve. David’s key criteria in selecting recruitment software to run their business was efficiency. He wanted one solution to manage the whole recruitment process, from finding candidates to invoicing clients.

“Labour hire is very hungry on resources, both from a physical dollar point of view, as well as data input”, said David. “We wanted to avoid the heavy costs of multiple licensing fees from multiple systems. We like one system where you pay most fees upfront and the only cost moving forward is based on your size.”

“With one system, opening the Sydney office will be as easy as hiring the right staff, giving them laptops and opening the doors. Everything will be there and set up”, says David. “We want scalability of revenue where we can have three to five times as many contractors and won’t need a payroll team that is three to four times bigger than what we’ve currently got. With one point to key in data, my Payroll Manager can grow, avoid duplication of data and not be stressed.”

“I wanted one system to put in pay rates and charge rates once, where each year that info would easily flow through the whole database. And the same goes for entering in candidate details” said David.

“50% of our workforce are backpackers, which means we are constantly churning. With over 1,000 contractors in the database, we have a lot of group certificates to process. Plus, we are regularly paying over 150 contractors each week. That’s a lot of keying data. The more you can limit keying data, the less payroll and less admin I need in my business to be profitable.’’

The Business Platform of Choice

To choose the right recruitment software, the Directors at Dash used their staff’s previous experiences, as well as online searches and identified which systems their key competitors use as the key reference points. With a shortlist of systems, they then evaluated them across a range of criteria including cost, functionality, scalability and growth.

When selecting recruitment software, David’s financial goal was to have an efficient system that was better at managing 200 contractors than he had paid for previously throughout his 21 years in the recruitment industry, taking into consideration his marginal revenue, operational costs and implementation costs.

Whilst most new businesses are conservative with spend on their first software, David took a different approach. “Spend the money upfront. Don’t reinvent yourself and spend more money in 12-18 months. The best advice I got from an industry stalwart who has successfully launched four recruitment firms is that you’re better to invest in a good CRM rather than use excel”.

“Although FastTrack360 has a reasonable implementation investment, moving forward it’s much better value for running our business. Other providers we looked at were expensive, particularly with payroll costs. With some payroll providers you were also locked in to the days they require payroll to work – not when it works best for you – or your money.”

“Although we still use paper-based timesheets, if we have clients who want to work in an online environment, we have the capability to do that with FastTrack360’s online timesheet and import capability.”

“We mainly chose FastTrack because of the end-to-end nature of it. That, and I know there’s five to six major large competitors in Australia that are all using it, and I aspire to be their size” said David.

David also didn’t want to wait for a one-to-two-year lead time on a bespoke system that they would have to build themselves.

“We wanted an off the shelf product that we could tweak to suit out business and be ready to go.”

“We mainly chose FastTrack because of the end-to-end nature of it. That, and I know there’s five to six major large competitors in Australia that are all using it, and I aspire to be their size”

“Using FastTrack360, the time it takes us to run payroll has been halved, and there’s still more time savings that we can achieve”, said David. “Our debtor days are also way better than our previous business”.

“Plus, we still have more to get out of the system. My guys still like to use their own phones to find candidates. But we’ve had occasions where we’ve been short for carpenters and needed working with children checks. We sent 120 text messages and got five responses and filled the job. I’d like to see more of that which is why we’ve got the system.”

“I would recommend FastTrack360. It’s important to know it’s not just a plugin like a lot of the other databases and there’s a lot of good questions we got asked early. Plus, there are some really good people at FastTrack. Some of the trainers we’ve had have been exceptional, particularly with regards to their knowledge of recruitment. Having someone there to hold your hand is really good. There’s a lot to learn which is great and this can take some time, but once you learn, it’s easy.”

“If you want to run a business that is scalable and sizeable, FastTrack360 is worth the money”.

“If you want to run a business that is scalable and sizeable, FastTrack360 is worth the money”. 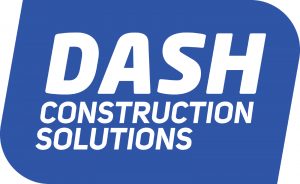 Discover more case studies
Get in Touch Return to the homepage